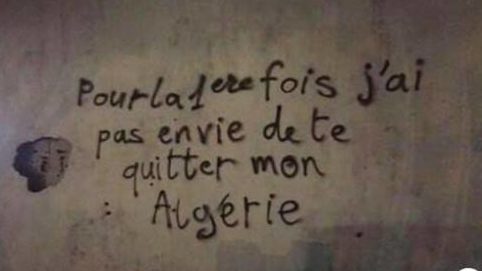 by Saida Benammar and Viola Sarnelli

Saida Benammar is Assistant Lecturer in Media studies at C.U.R., the University Centre of Relizane, Algeria. Her research focuses on social media use and journalistic practices in Algeria. She started to collaborate with TRU after a visiting fellowship in the Department of Human and Social Sciences at L’Orientale.
Viola Sarnelli investigated the role of Al Jazeera and the new media in the 2011 Arab uprisings during her PhD in Cultural and Postcolonial Studies at L’Orientale. In 2014/2015 she was a postdoctoral researcher in Algeria and published several contributions on post-2011 media reforms in North African countries.

As we write these notes, the new wave of anti-regime protests in Algeria has been already on for more than one month. Events are still developing, and several political scenarios are open. One thing is certain: even though the current President has now withdrawn his candidacy for the next elections, demonstrations are even stronger than before. We start with a timeline of the main events of this month, followed by some first thoughts on how national media reflected and influenced them.

10th February. With a (long) letter to the Algerian citizens, President Abdelaziz Bouteflika officially confirms that he intends to run for a fifth mandate. Apart from a deterioration of the general economic and social conditions in the country, a crucial point raised by his opponents is that the 82-year-old leader has been unable to appear in public since suffering a stroke in 2013. Several opposition parties withdraw from the election in protest. A few days later, a public reaction is triggered by the social media debate between an opposition presidential candidate, Rachid Nekkaz, and the pro-Bouteflika mayor in Khenchela, East of the country, leading to a demonstration during which a big image of Bouteflika is taken down from the town hall façade.

22nd February. The call for a demonstration on the 22nd in the afternoon, after the main Friday prayer, is spread on Facebook and Twitter. Although a targeted disruption of internet services  in the capital region starts already the evening before, the participation is spontaneous, massive and goes well beyond political and media expectations. Algiers had not seen such a demonstration in decades. Its success is a turning point, defeating an interdiction to public gatherings in place since 2001, and most importantly dissolving the fear of violence that has often been used to stop new political initiatives following the traumatic civil war of the Nineties. The appearance of a group of provocateurs which engages in minor clashes with the police at the end of the demonstration does not spoil the result of a largely peaceful event.

27th February. A leaked conversation between Bouteflika’s electoral campaign director, Abdelmalek Sellal and Ali Haddad, president of the Business Forum, where they openly encourage the use of violence against demonstrators, only worsen public resentment. To contain the outrage, a new campaign director is nominated: the ministry of transports and public works Abdelghani Zaalan.

1st March. A second national demonstration is called via online social networks. Although several media focused their coverage of the previous Friday on the clashes between provocateurs and police rather than on the peaceful and politically relevant event, the affluence this time is higher than the previous week. The demonstration specifically opposes to the official registration of Bouteflika’s candidacy, as the deadline is the 3rd March.

3rd March. Bouteflika’s candidacy is registered and supported by more than 5 millions signatures – mostly coming from citizens under pressure or local government employees, according to the opposition. On the same day the President addresses his voters with another public letter in which he acknowledges their outcry («cri du cœur») and promises deep systemic, constitutional and electoral reforms once elected – including anticipated further elections in which he will not run.

8th March. An exceptional demonstration in many respects, as the coincidence with Women’s International Day encourages even more the participation of many Algerian women and families. More than a million of people are in Algiers, in addition to other cities such as Oran, Constantine, Bejaia. This time also the conclusion is peaceful, without the appearance of external violent groups, and no intervention from the security forces. People of very different backgrounds are united by slogans like «République et non Royaume», and occasionally public figures, like the most notable female heroes of the anti-colonial war, Djamila Bouhired, are joining the crowd.

9th March. Demonstrators so far included people from several professional sectors (particularly media professionals, lawyers, the judiciary, teachers), with a big role played by students and young people in general. To discourage the participation of university students, the ministry of higher education and research abruptly decides to anticipate university spring holidays, twelve days before the scheduled date, closing also the university campuses and sending all the students and staff back home. These are the longest spring holidays in the history of Algerian university.

8th-10th March. A call for civil disobedience appears on social media and various groups in all the country try to use this approach to increase the pression on the government. The initiatives however are scattered and uneven – closing of shops, strike of public transport and dock workers, closing of schools – and are met with mixed reactions by other citizens.

11th March. Bouteflika announces he will not seek a fifth term. However, this is considered only a partial victory by most Algerian protesters, as the president also announces that the elections will no more take place in April but will follow instead a national conference on political and constitutional reform, towards the end of the year. The situation in the country remains tense, as many consider the elections’ delay an unconstitutional move. The demonstrations following the announcement, on Friday 15th, registered the highest number of participants since the beginning of the movement.

The silence of public media

As the movement rapidly and spontaneously grew into mass demonstrations, the majority of Algerian media were not in the position to give an impartial and objective representation of the events. In general, this possibility is quite far from the reality of Algerian public media and particularly of public television channels – still the main source of information for most of the Algerians – which have always carefully avoided to cover any issue undermining the government’s image. As the Algerians always say, the country in the newscast (that is the newscast of the most important public television channel, ENTV) doesn’t really resemble the country we live in.

Despite being used to the pro-regime line of the public television channels, Algerians would still look at the evening newscast on February 22, to find out to their amazement that there was no trace of the mass demonstrations held in the country. The week after, the silence of public media made way for some hasty comments on the fact that Algerians were taking the streets, without paying too much attention to why they were doing that. Meanwhile, the debates and accounts on the online social networks were growing day by day. On February 27th a group of journalists from the public television, exasperated by the editorial line of their employer, organised a demonstration.  Despite being part of the same public media conglomerate, APS (Algérie Presse Service) made a great impression by simply stating that those thousands of people demonstrating in Algeria were there to ask the president to withdraw his candidacy for a fifth mandate.

Media practices going back to the Arab Spring

We still remember the historical moment when Algerian public television opened its arms to a group of young people and invited them in a political programme, giving them the unusual freedom to share their opinions, ideas and demands. It was 2011, and this was an attempt to contain the mounting anger in the country. The same scene has taken place this time after the intensification of demonstrations, including several professional sectors. This time, however, the political debate happens both in the public and the private channels, funded after the liberalisation of the broadcasting sector – one of the concessions made by the regime after the 2011 protests. A weekly talk show on Hiwar Elsaàa (Le dialogue de l’heure) on ENTV public television channel has now started to invite guests to discuss the ongoing events in the country, covering also serious issues such as corruption, unemployment, and media freedom. These topics are still almost non-existent on public media, reflecting once again a problematic version of ‘media neutrality’ that seems to be structural.

Private media between freedom of expression and reality of funding

Despite some openings, the situation of private media in Algeria is still a complex one given the intransigence of the government, which does not accept any real change in the media environment not allows a real financial autonomy to private channels. Most of them are in fact still dependent on the advertisement distributed by a government-owned agency to all newspapers to which the new private channels are connected. This means that the government can effectively prevent private media from covering freely and fairly the popular mobilisation by threatening to cut all public advertisement, as it has just happened to popular media companies like Echorouk (newspaper and TV channel) and El-Bilad (both newspaper and channel) as a result of their liberal coverage of the protests. Meanwhile, the only private channel truly loyal to the regime, Ennahar TV, openly and shamelessly continues to focus only on the destruction of public good caused by demonstrators, and on the clashes at the end of the demonstrations. No need to say that these interventions of group of provocateurs seem to follow the well-known script mastered by the government in Egypt with the use of thugs during the 2011 Revolution – this is still be the main image promoted by public and private pro-regime media.
Meanwhile, the country is waiting for the next political developments and actively trying to shape them, hoping that with a political change will also finally come a change in the media narratives. 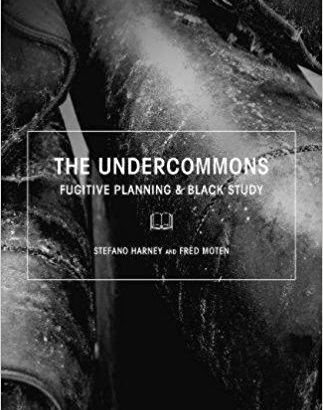 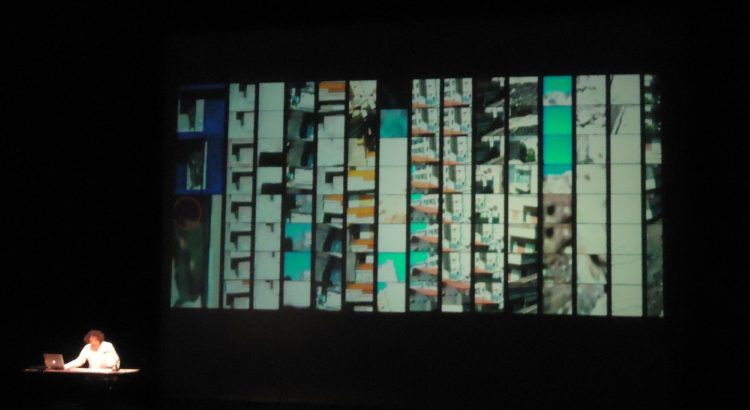 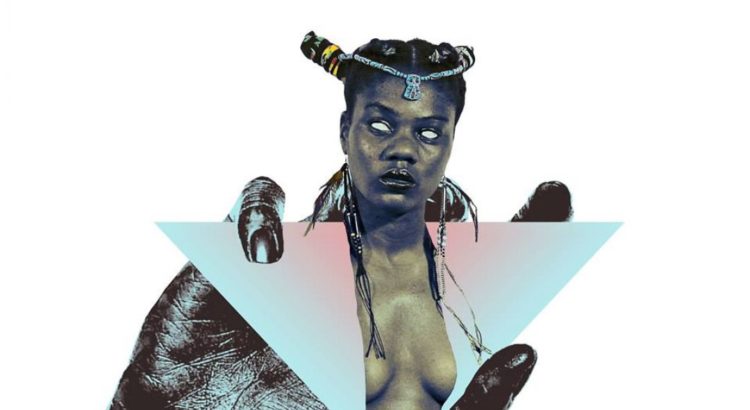 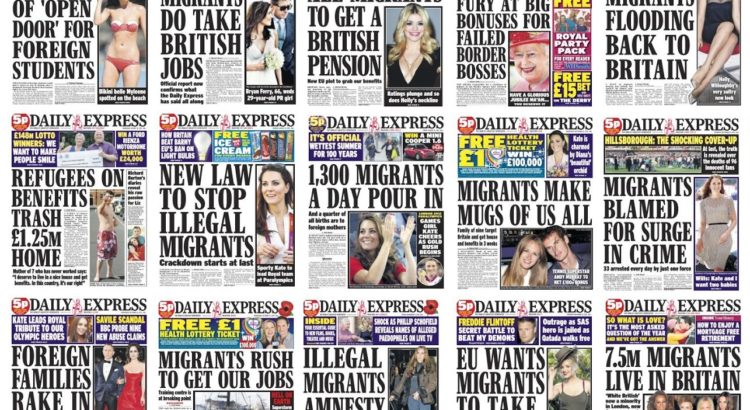 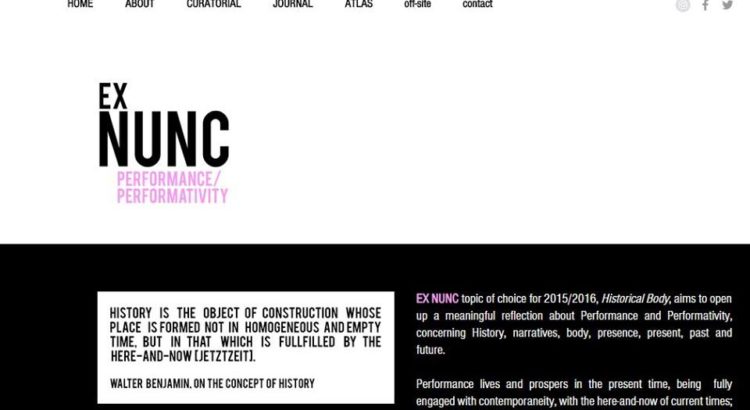 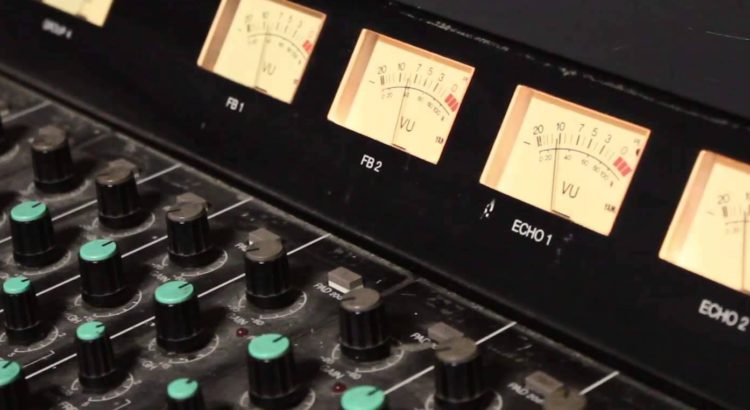 “In Jamaican English a “sound” means many things simultaneously. In addition to the basic definition of the word it means also a song, a style of music or a sound system. It is in the final definition that all the different meanings find dynamic peace (…) Sound in Jamaica means process, community, strategy and product. It functions as an aesthetic space (…) an imagined community (…) which operates not by the technologies of literacy but through the cultural economy of sound and its technological apparatus…”v

[iv] “When I first started writing about sound systems nobody knew what the hell I was on about. Even in Jamaica I was booed and attacked because it wasn’t a “serious” topic for a scholar…” (Louis Chide-Sokei facebook profile, consultato il 31 ottobre 2016) 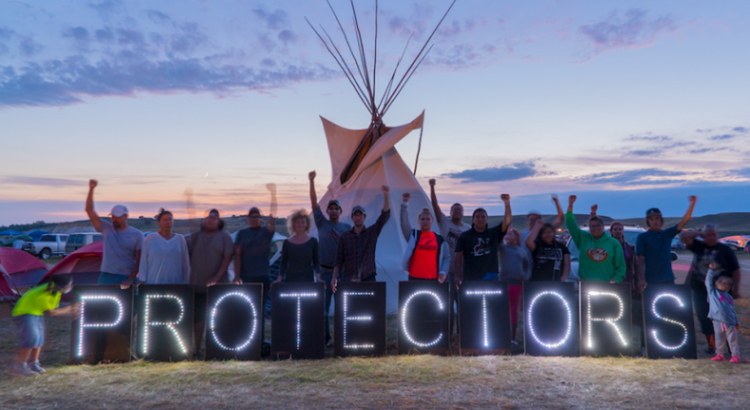 “Arrived safely. PM me for your concerns. We’re gonna beat back the Feds! Solidarity always.”